The Tamil monthly calendar, also known as the Tamil panchangam, is a traditional calendar used by Tamils in India and Sri Lanka to determine auspicious days for ceremonies and rituals. The calendar is based on the movement of the moon, with each month beginning on the new moon day.

The Tamil calendar also includes important festivals and holidays, such as Pongal, Diwali, and Thai Pongal. These festivals are celebrated according to the lunar calendar, and the dates may vary from year to year.

The Tamil calendar is also used for astrological predictions and to determine auspicious days for weddings, housewarming ceremonies, and other important events. It is an important part of Tamil culture and tradition, and is widely used by Tamils around the world to keep track of important dates and events. 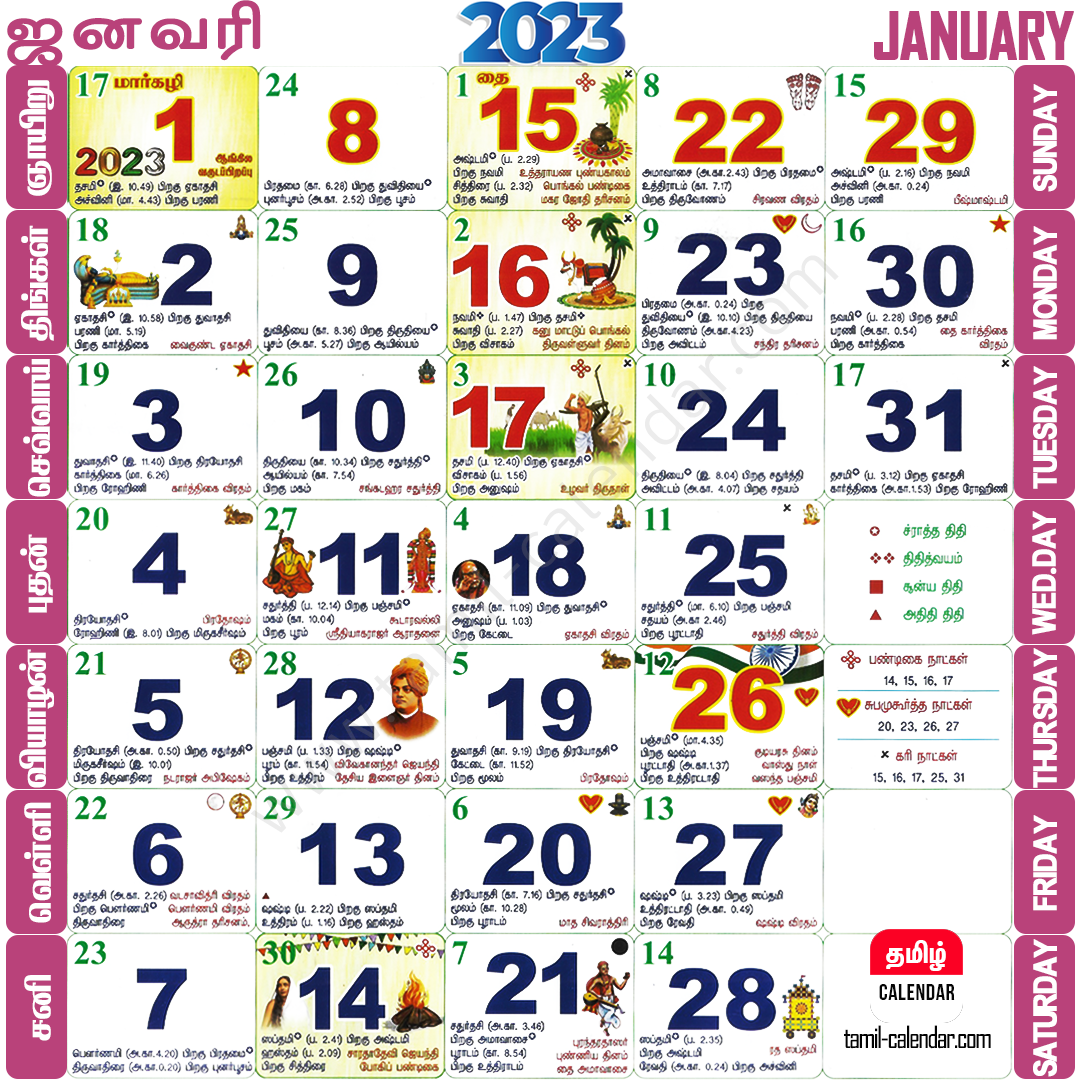 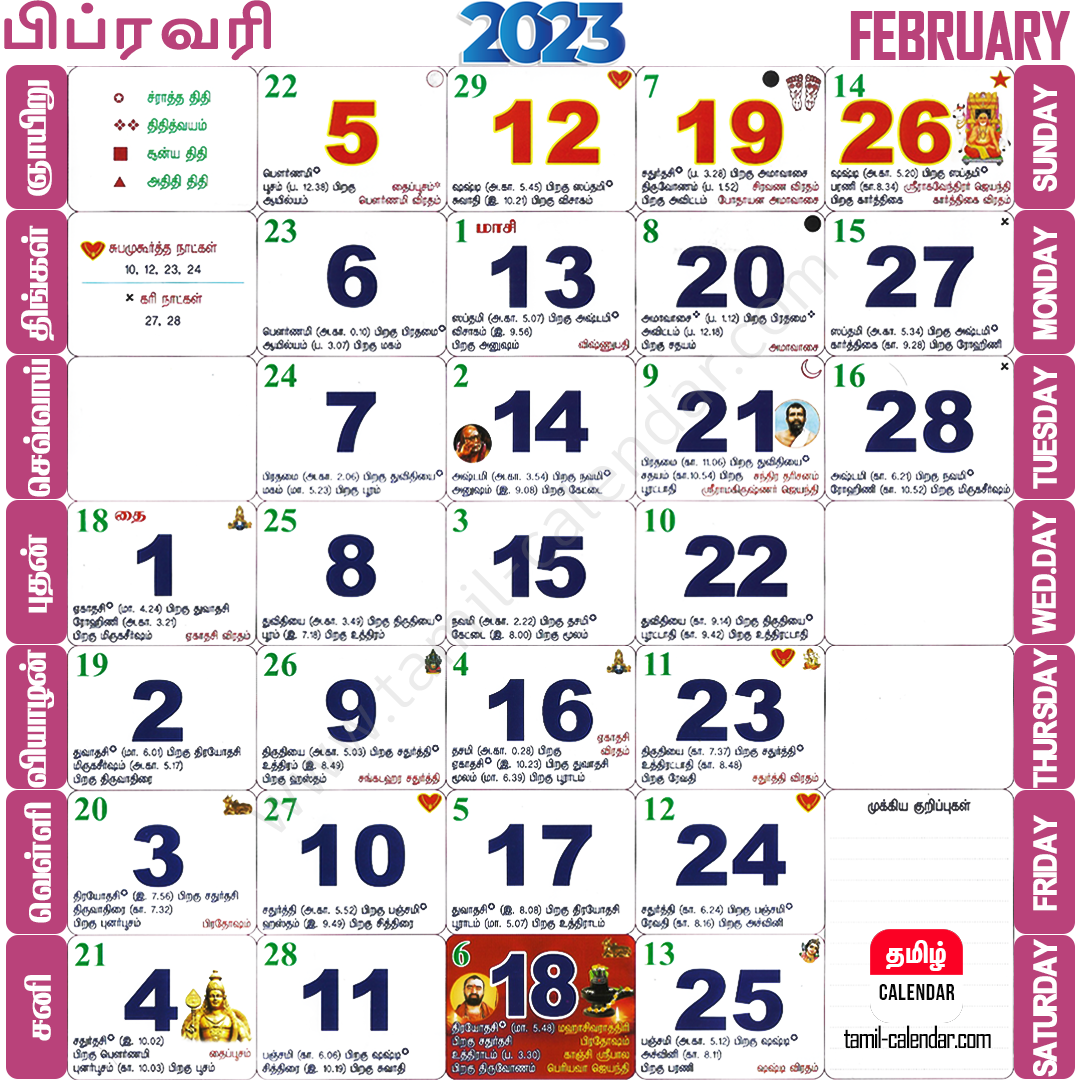 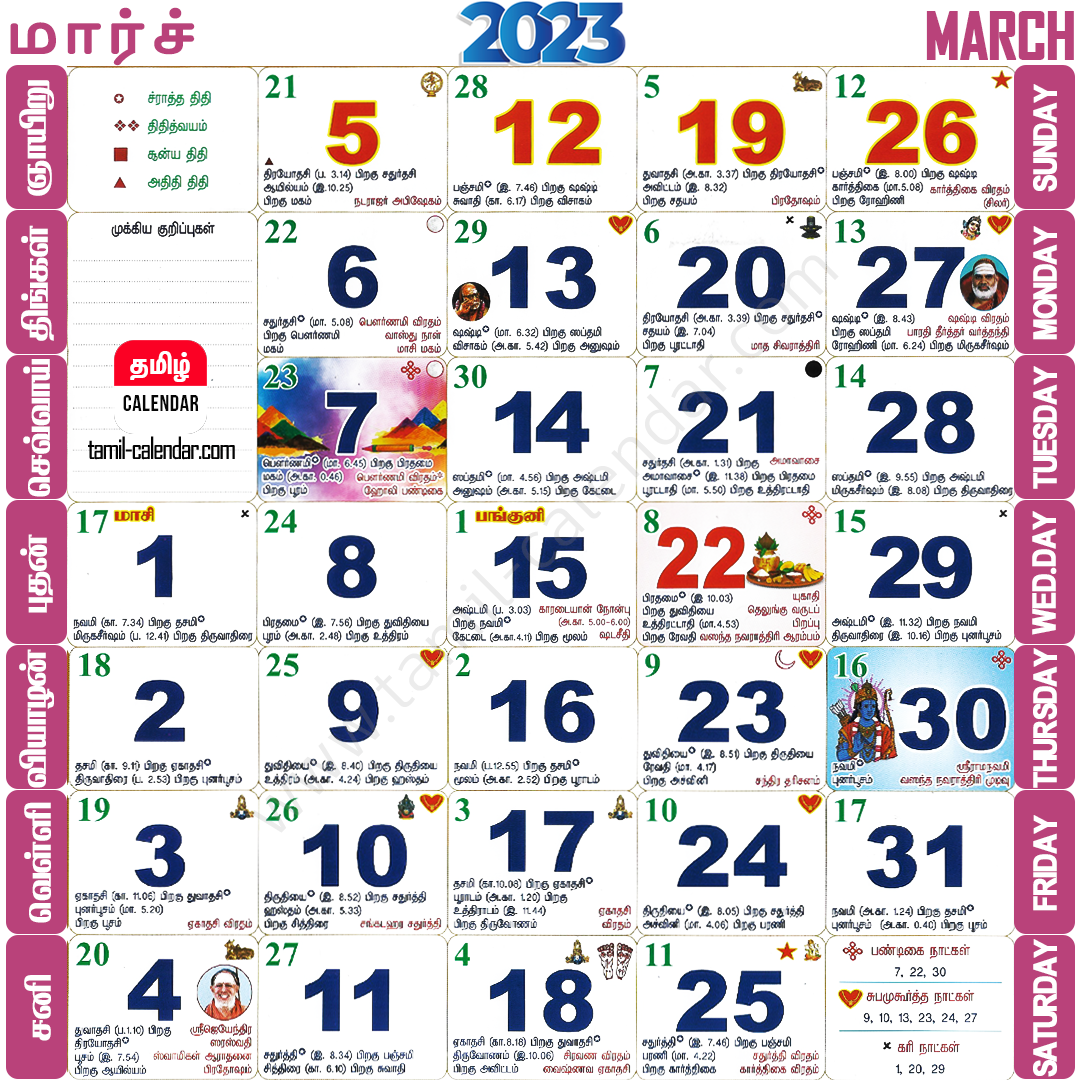 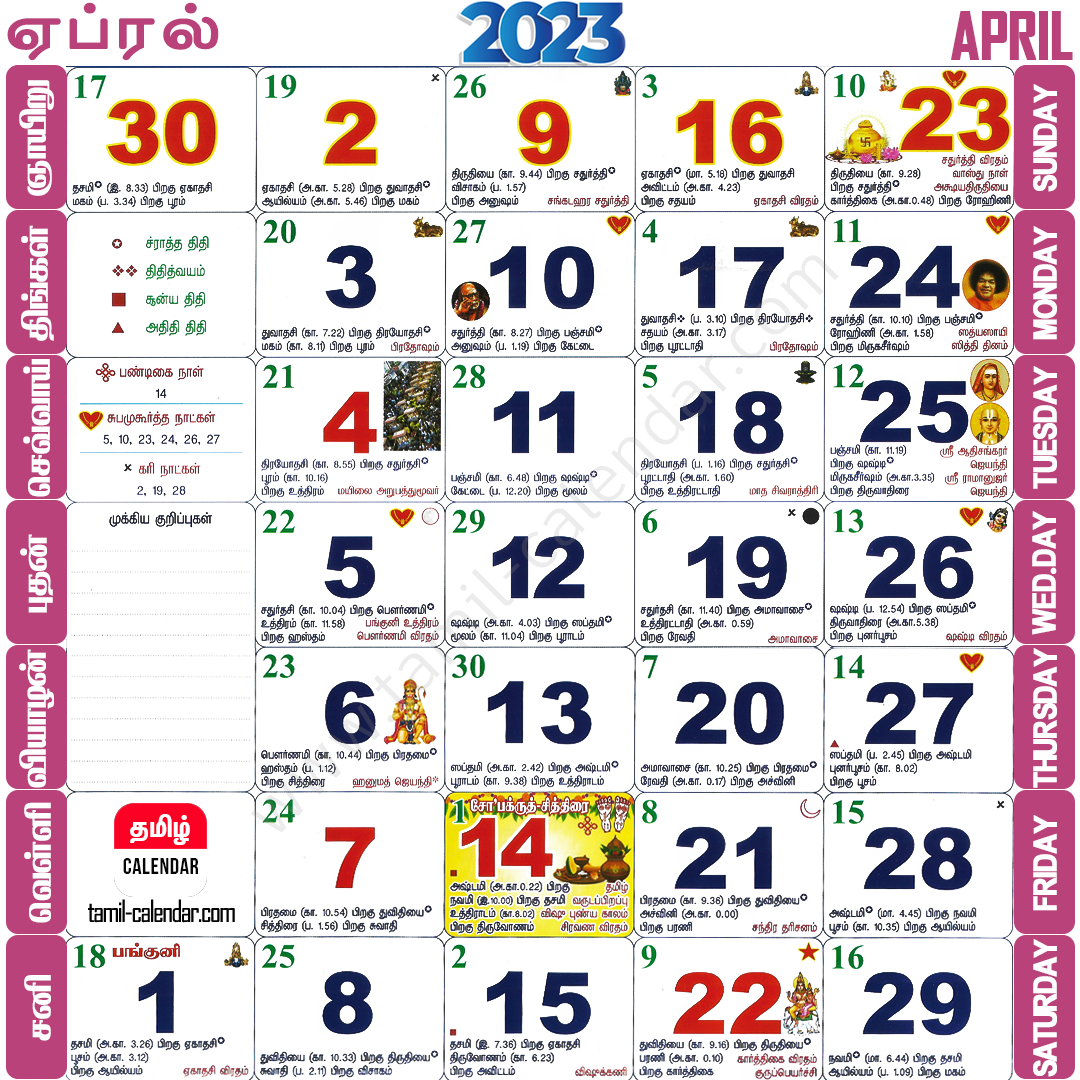 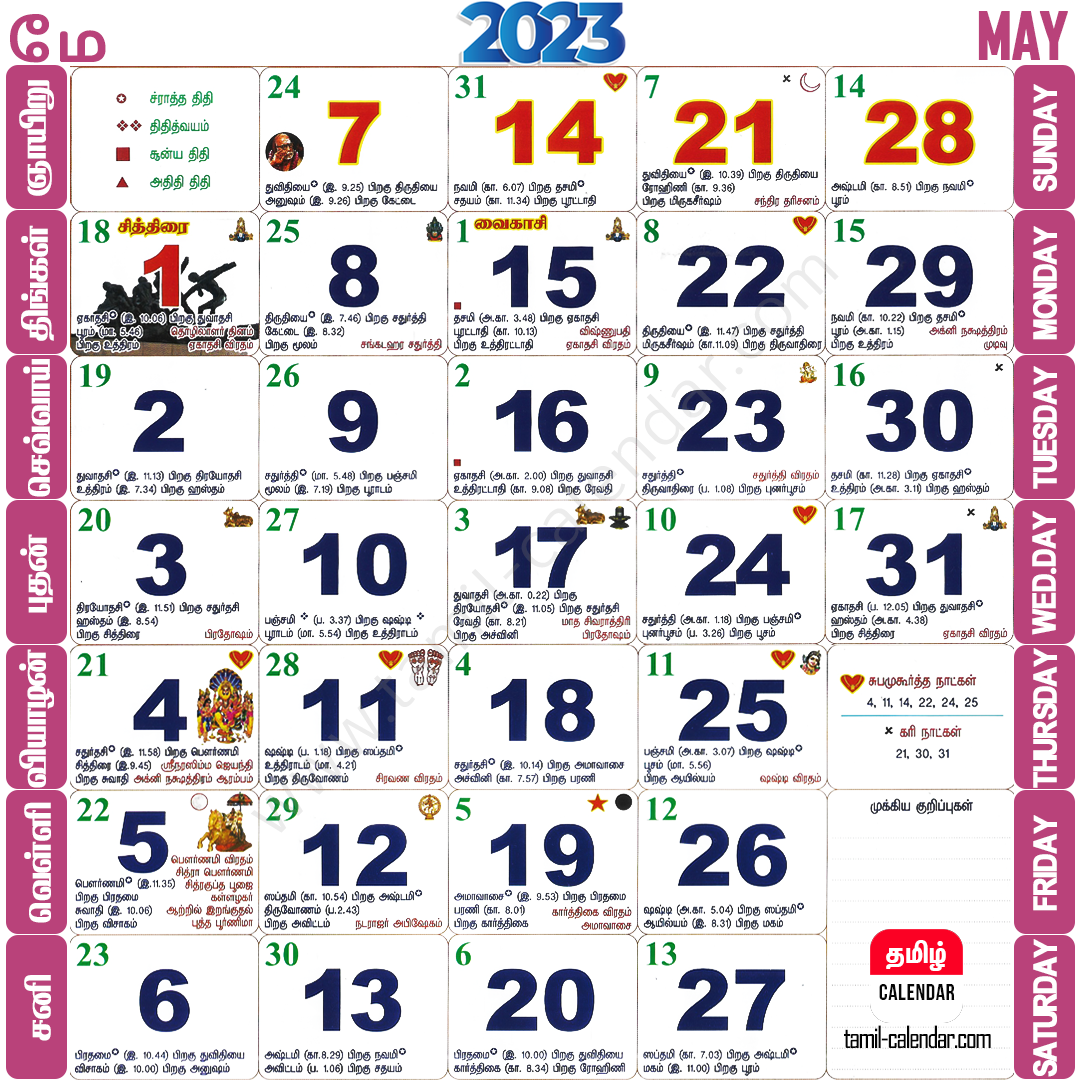 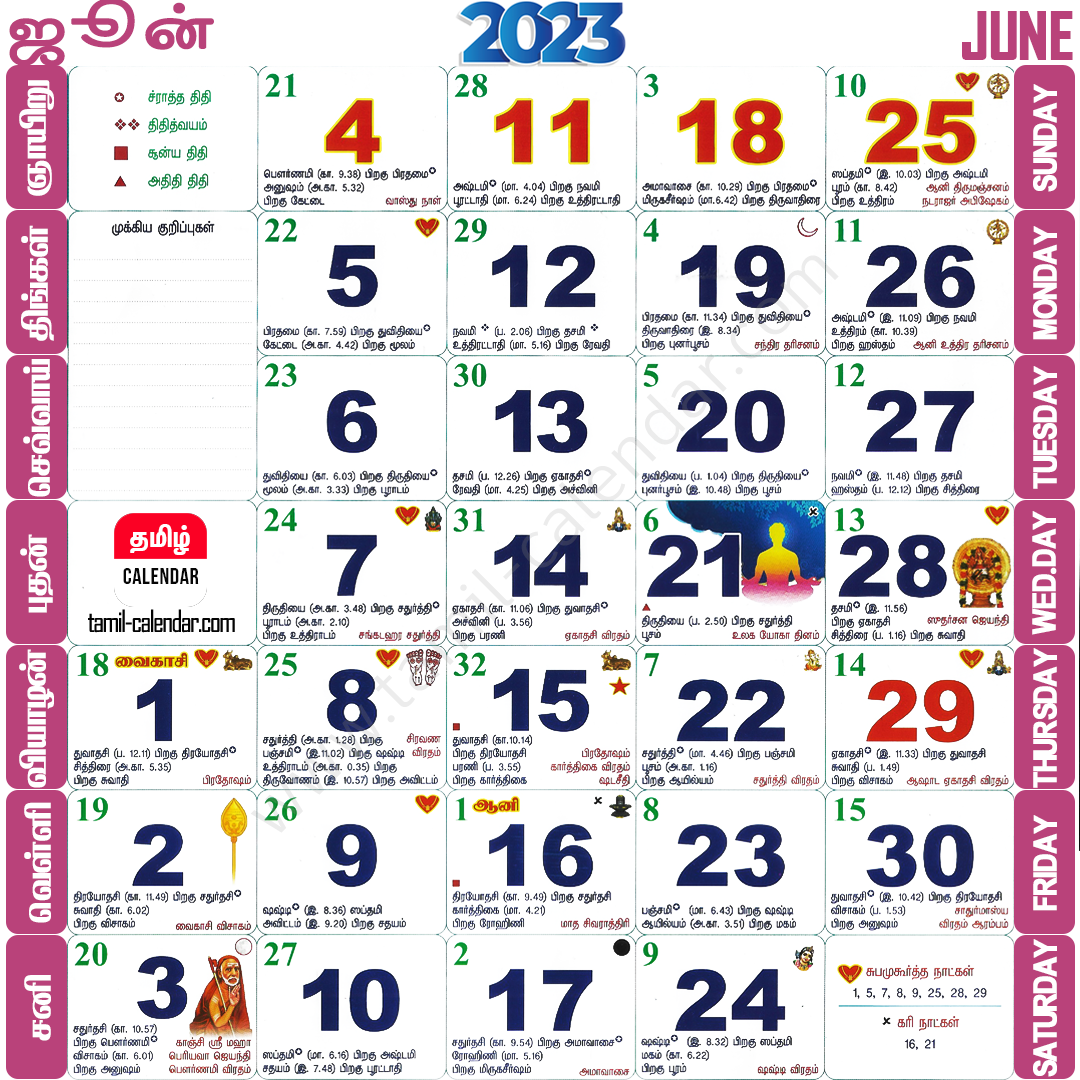 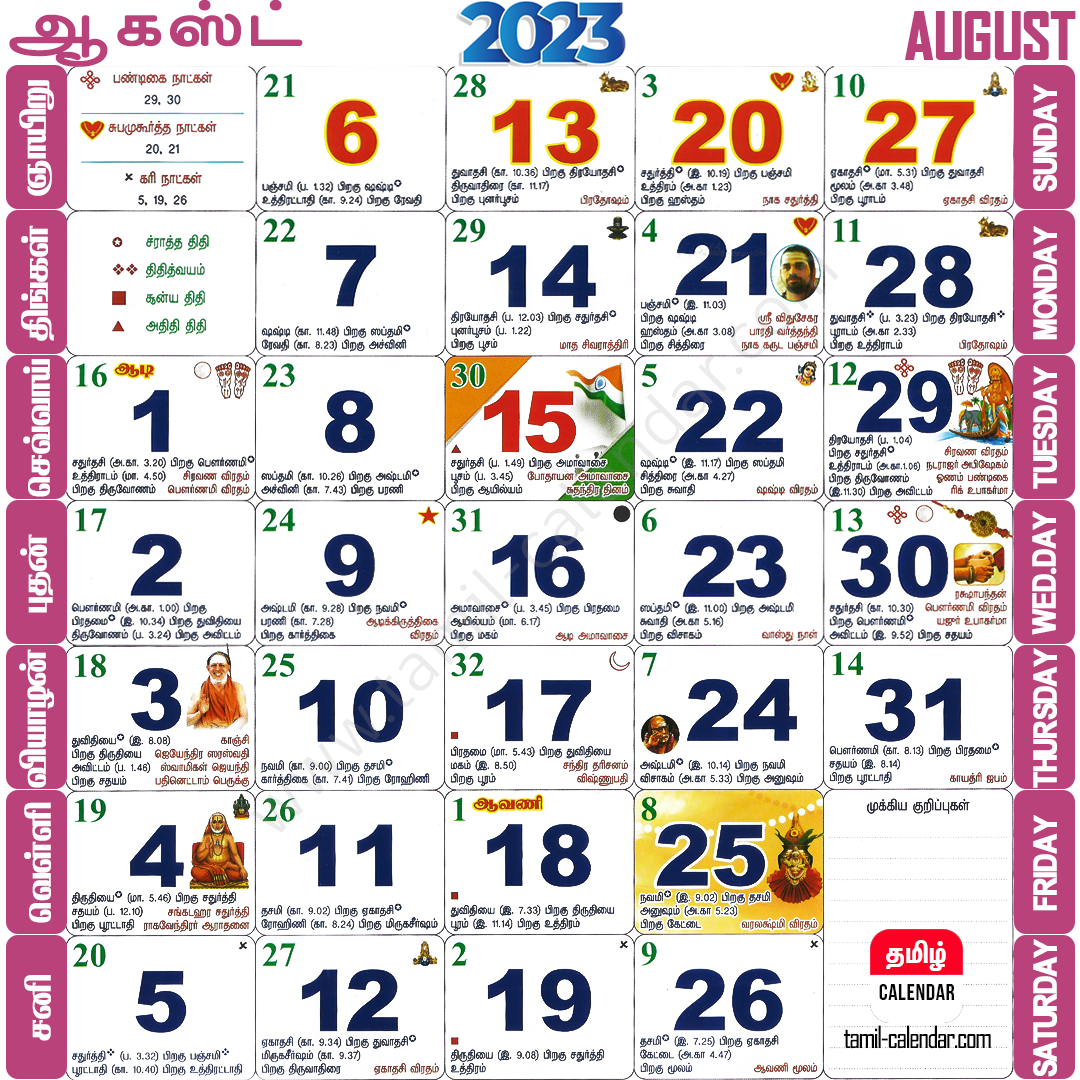 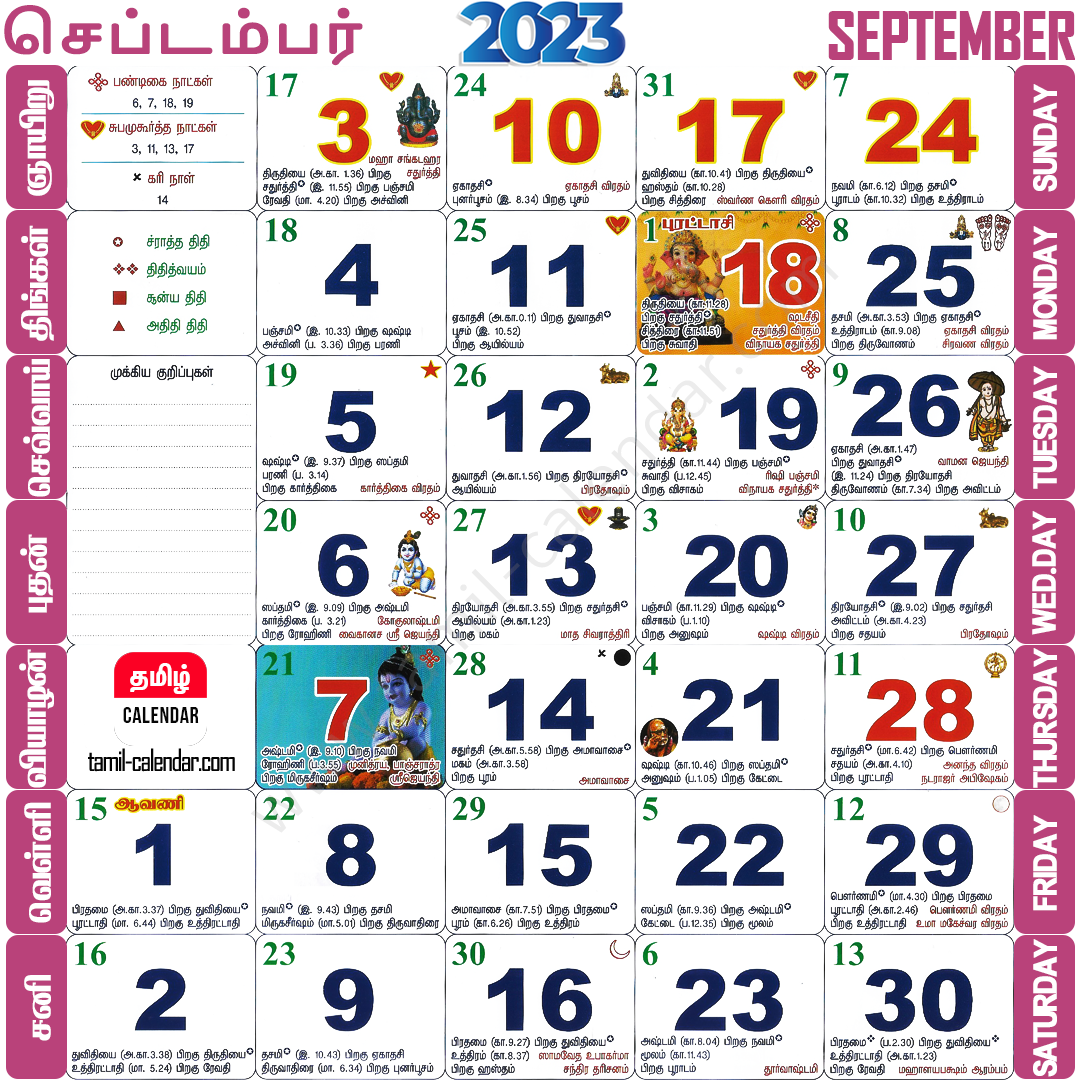 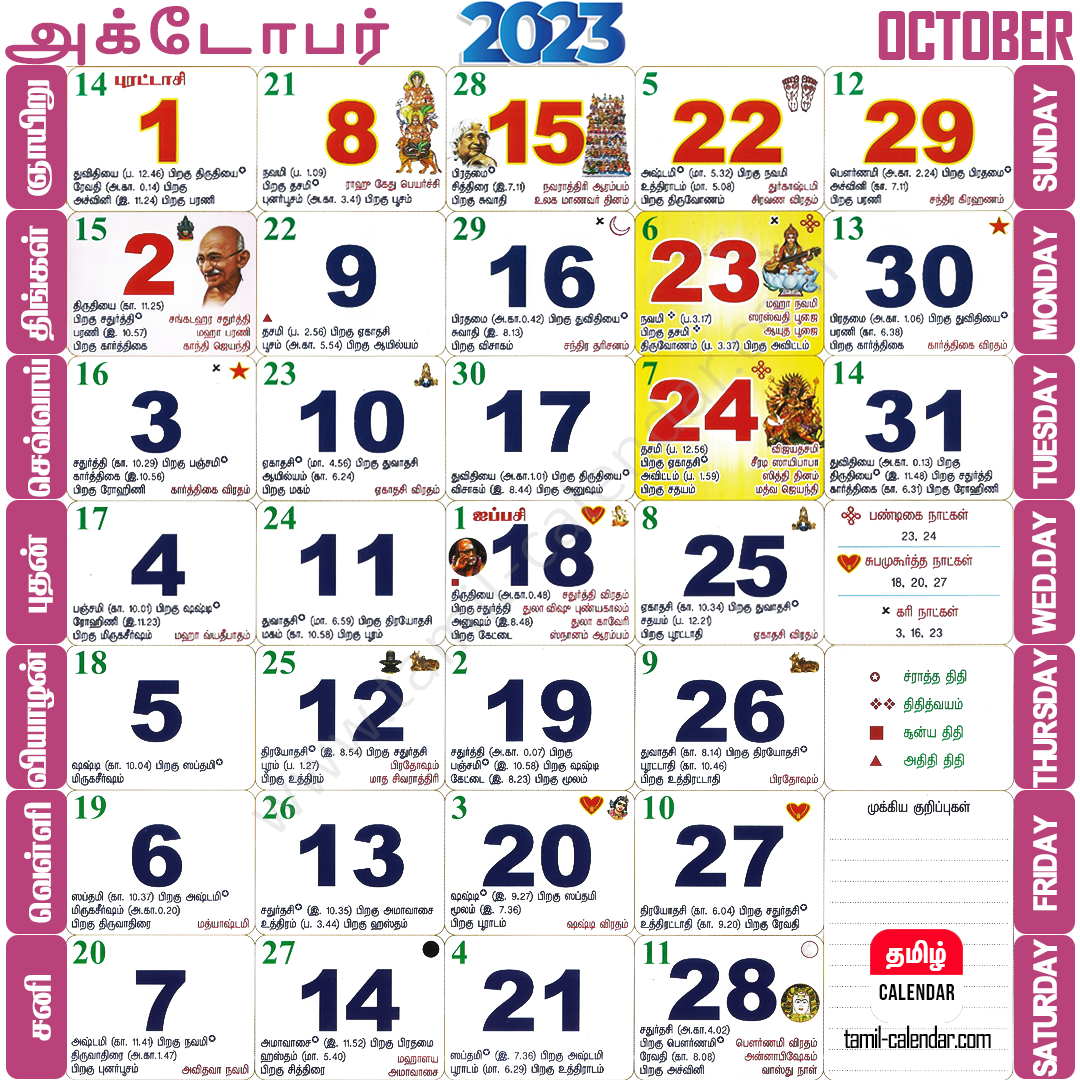 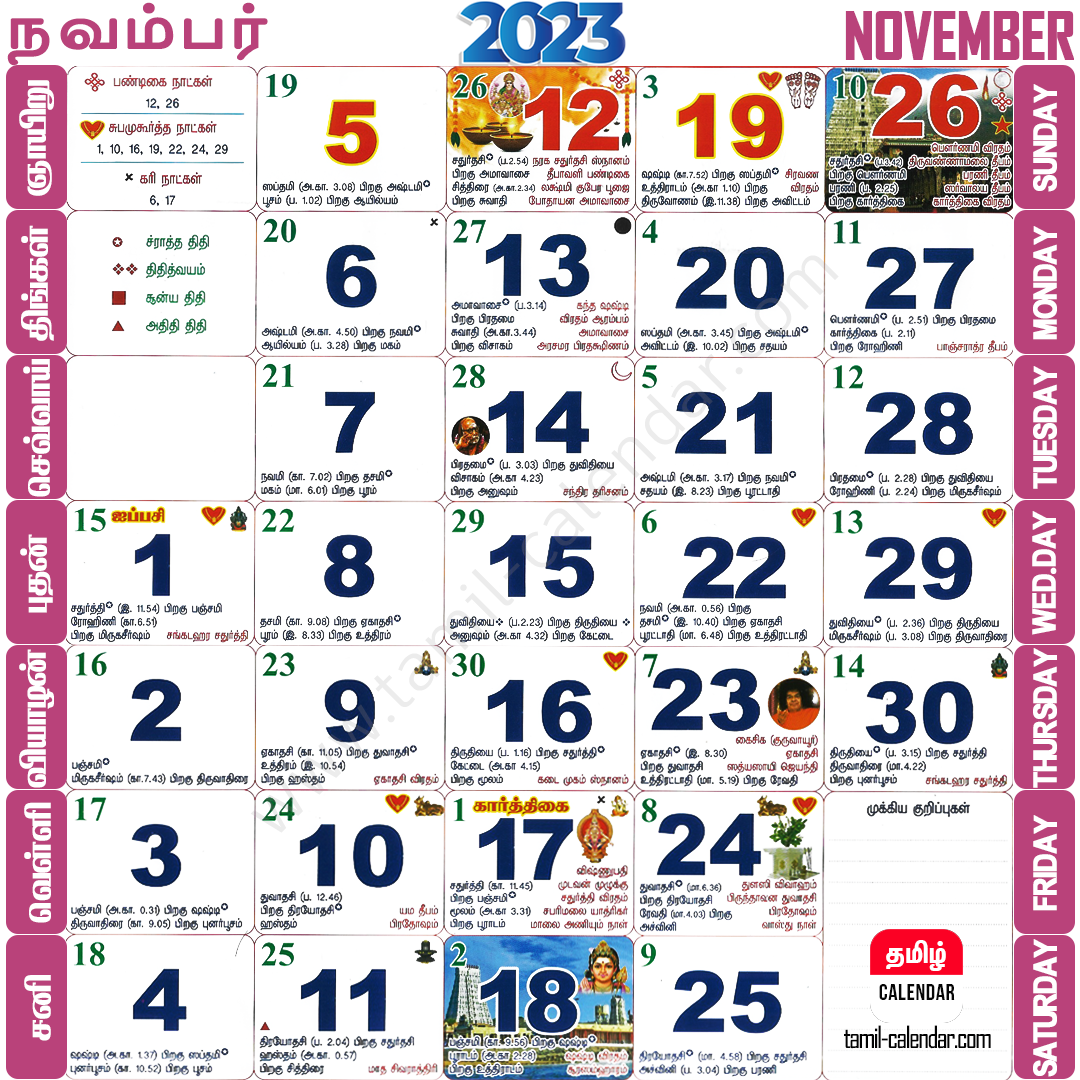 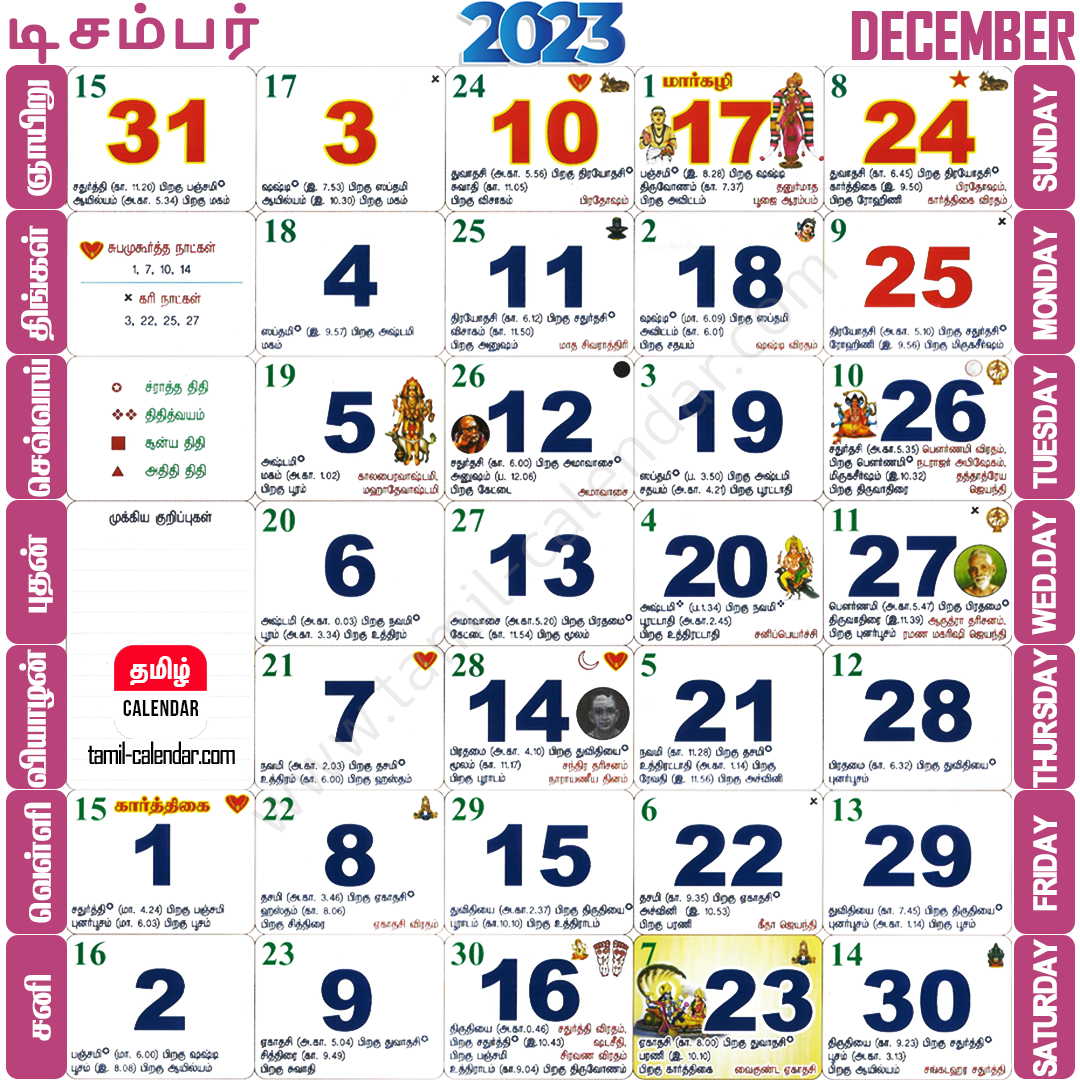